Written by Stuart Stapley
Updated over a week ago

A hunt group is a way to connect different phone numbers together into a group so that they can all be called from one selected main number. This is especially useful for teams such as Sales or Support. To set up a hunt group click on Features Setup in the Telephone Manager and select Hunt Group.

Before setting up a hunt group

Before creating a hunt group certain factors have to be considered, which we will outline here. Once you have gathered this information you can precede to creation.

Step 2 - Name the group and nominate an extension 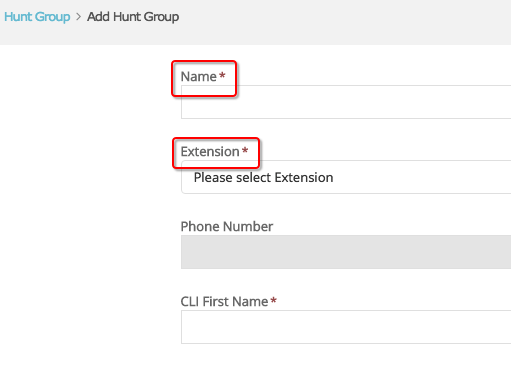 Step 3 - Decide the number of rings

No Answer Rings: This is the number of times each phone will ring before it moves to the next DDI in the group. This will not apply to simultaneous groups.

Hunt Group Type can be set up as the following from the drop down menu:

Call Forwarding No Answer: when the call is not answered and you want it to be received by another phone. Enter the phone number that will receive unanswered calls and the Timeout (in seconds) i.e. the amount of time the phone will ring for before it is forwarded. You can set this up to forward directly to that phone number's voicemail by entering *55 before the DDI. For example enter *5520... instead of 020... .

Call Forwarding Busy: This is a further number to forward calls to if the first call forward is busy. You can also direct these calls directly to voicemail using the above steps.

Step 6 - Pick extensions to be included in the hunt group.

Add the phone numbers you want to ring in the hunt group by selecting them from the Available Members box. You can search by name or extension. Selected members will appear in the right hand box.

Click save to finish the process and create the group.

Group Features will apply to all numbers in a group. 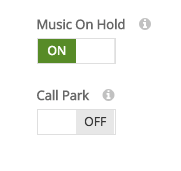 Music on Hold: Switching this on plays music when a call is on hold.
Call Park: This will allow any extension in the group to pick a call up that is on hold.

Did this answer your question?